Recently, a hard-hitting video went viral on social media of a migrant worker’s child from Muzaffarpur Railway Station. The incident shook the nation and brought the woes of migrant workers to light. Moved by the heart-wrenching video, Shah Rukh Khan and his Meer Foundation have offered help and financial support to the child who will be taken care of by the grandparents. 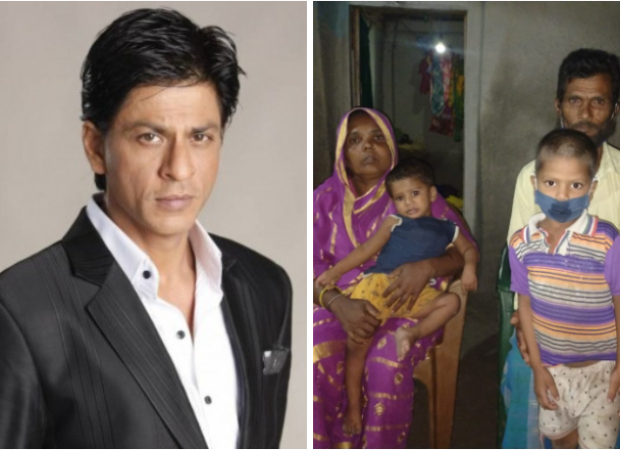 Meer Foundation also shared, “#MeerFoundation is thankful to all who helped us reach this child, whose heart-wrenching video of trying to wake his mother disturbed all. We are now supporting him and he is under his grandfather’s care.”

Thank you all for getting us in touch with the little one. We all pray he finds strength to deal with the most unfortunate loss of a parent. I know how it feels…Our love and support is with you baby. https://t.co/2Z8aHXzRjb

The video showed a half-naked baby seen tugging a sheet partially covering its dead mother at the Muzaffarpur Railway Station in Bihar. The woman said to be Arvina Khatun, 35, is seen lying dead on the platform, with two bags stuffed with her belongings kept away from her. The woman and her two small children had arrived by a Shramik Special train on May 25 from Ahmedabad.

Shah Rukh Khan is at the forefront during these perilous times that the nation is facing by helping those in need. Recently, Kolkata was affected by the Amphan cyclone and Shahrukh Khan along with wife Gauri Khan came in to support people once again with their team Kolkata Knight Riders.

The actor’s group of companies, Kolkata Knight Riders, Red Chillies Entertainment, Meer Foundation and Red Chillies VFX also announced several initiatives to support the efforts of the Government in its COVID-19 fight. The actor also provided 25,000 PPE kits to the frontline medical workers in Maharashtra fighting to contain the novel coronavirus pandemic in the state.

With this recent development, the actor has truly come in support of those segments of the society who are suffering during the lockdown, with his noble initiatives.

ALSO READ: Shah Rukh Khan’s Khar office is finally being used by the BMC, over a month after it was offered

Shaheer Sheikh gets engaged to girlfriend Ruchikaa Kapoor, says, “Excited for the rest of my life”
Mallika Sherawat, Baba Sehgal team up with FIAPO for “Eat The Plant, Not The Planet” campaign
Sushant Singh Rajput Death Case: AIIMS forensic team to meet CBI with conclusive report on September...