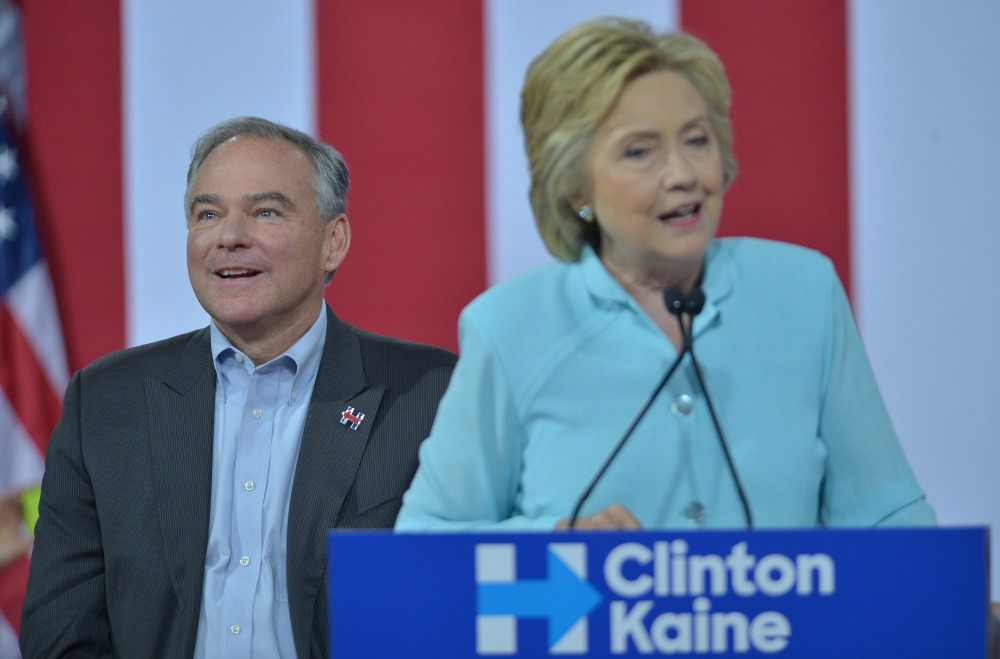 Granted, I’m a Virginian and I’ve always loved Tim Kaine. I had the pleasure of voting for him as governor, senator and as Hillary Clinton’s running mate on the Democratic presidential ticket in 2016. As a Democrat, do I think Tim Kaine was Hillary Clinton’s boldest choice for her running mate? Of course not. Tim Kaine has never been anyone’s bold choice. But he was a quiet, decent man in a toxic political climate and I still find that refreshing and I will defend him to my last days! That being said, I do sometimes forget that he exists. So does Maureen Dowd, the New York Times columnist who – it has been said – can make or break certain political campaigns. Originally, the Times ran her column with this tweet:

The NYT is broken. pic.twitter.com/sfEvr1OsvM

There have only been three male-female major party tickets in history: Walter Mondale and Geraldine Ferraro, John McCain and Sarah Palin, and Hillary Clinton and Tim Kaine. Weird that Dowd could not even remember Clinton/Kaine, right? I read Dowd’s piece and while she mentions Hillary Clinton, she basically glosses over the fact that Hillary faced the kind of ingrained sexism that Ferraro faced times a million, AND that by the year 2016, Clinton and Kaine were beyond the dated gender stereotypes of a man and woman on a presidential ticket. Basically, Dowd is just sitting there, daggers at the ready, to attack Joe Biden’s running mate. She’s almost gleeful at the prospect of Trump’s MAGA Blondes taking Kamala Harris to task for simply existing.

I wasn’t even going to write about this but Hillary Clinton responded. Dowd has a long history of hating on the Clintons, it’s how she really made a name for herself in the ‘90s. Just desserts. Oh, and Kaine responded too!

Either @TimKaine and I had a very vivid shared hallucination four years ago or Maureen had too much pot brownie before writing her column again. https://t.co/J3SSwtkg7x

Might I respond with my friend Hillary, borrowing from the great Stephen Sondheim:

Tim Kaine is such a goober. *crying*

Gia Gunn: ‘I honestly think this whole Covid-19 thing is a hoax’
“Queen Maxima looked amused in an overly ruffled saffron gown” links
Jessica Mulroney might be ‘taking names & making a list’ of people criticizing her