OHM Live is delighted to confirm the participation of more than 150 global stars in the ground-breaking, 24-hour fundraising broadcast taking place on May 29 from 20:00 GST/16:00 GMT. This amazing line-up of icons from the worlds of music, sport, film, art, fashion and health and wellness has decided to come together to reignite the power of dreaming and unite the world with messages of unity, hope and positivity at a time when it is needed most. 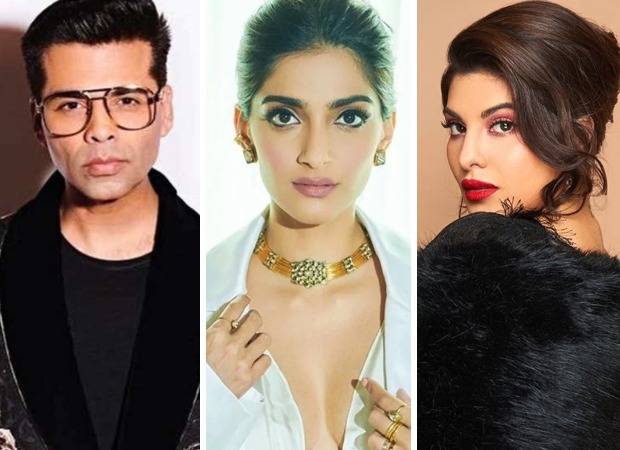 They join over 150 names from around the world who will reflect the genuinely global mission and reach of OHM Live, which is seeking to raise funds for international COVID-19 relief causes. Under the banner of “dream with us”, they will also try to inspire real-time engagement from viewers as they try to collect a billion dreams.

Across the broadcast’s 24 hours, which can be viewed on YouTube, Facebook, IGTV, TikTok and ohm.constellation.art, as well as a number of major TV networks, the OHM Live programme has been carefully constructed to feature major stars from each region as the “peak time” moves across different territories. In the Indian subcontinent, for instance, the schedule will feature contributions from Karan Johar, Sonam Kapoor Ahuja, Raja Kumari, Mallika Dua, Mahira Khan and Ali Zafar, along with a special segment with Amanda Cerny and Jacqueline Fernandez. Later, audiences in the Arab World will be able to catch exclusive content from Ragheb Alama, Nadine Labaki, Huda Kattan and DJ Bliss.

Europe’s segment is packed with Spanish and French stars, including actors Esther Acebo, Najwa Nimri and Enrique Arce from the Emmy-award winning show ‘La Casa de Papel’, Álvaro Rico from the Netflix series ‘Elite’, voice of the Gypsy Kings Nicholas Reyes, dancer Haspop, Mamadou Sakho, and Lorena Bernal along with her football coach husband Mikel Arteta, who overcame COVID19 himself earlier this year. Italy will be represented by multi-Grammy award-winning singer Laura Pausini, while from the UK and Ireland, there are performances by Ronan Keating, Pixie Lott and Alexandra Burke, plus an in-depth interview with Dua Lipa.

Moving into the Americas, Jason Derulo tops out a US bill that includes the aforementioned Jewel, CeeLo Green and Deepak Chopra, as well as Becky G, Macy Gray, Sheila E and Nicky Jam. There will also be a live meditation session hosted by Jay Shetty. In Latin America, superstars such as Maluma, Miguel Bosé, Carlos Rivera, Jencarlos, Belinda, Karol Sevilla, Natalia Jimenez and boyband CNCO are all part of a truly remarkable schedule.

OHM Live is raising funds for a number of NGOs supporting their COVID19-related initiatives. All money raised through OHM Live’s Constellation Dream Fund will go to beneficiaries such as Global Gift Foundation, Médecins Sans Frontières, Dubai Cares, the International Red Cross, the Red Crescent and FromU2Them, all of whom are supporting those on the front lines fighting the current pandemic.

ALSO READ: Anil Kapoor, Karan Johar, Kabir Khan feel optimistic as they share their thoughts on the future of the entertainment industry