The star-studded cast of the first-ever, an exclusive audio adaptation of the New York Times best-selling graphic novel series, The Sandman, written by Neil Gaiman and published by DC has been announced. Adapted and directed by Dirk Maggs and narrated by Gaiman, who serves as creative director and executive producer, the powerhouse cast is led by James McAvoy in the title role of Dream and includes Riz Ahmed, Justin Vivian Bond, Arthur Darvill, Kat Dennings as Death, Taron Egerton, William Hope, Josie Lawrence, Miriam Margolyes, Samantha Morton, Bebe Neuwirth, Andy Serkis, and Michael Sheen as Lucifer and an expansive list of additional cast. The first installment of the multi-part original audio drama series is set for release on July 15, 2020, and adapts volumes 1-3 of the graphic novel series (Preludes & Nocturnes, The Doll’s House, and Dream Country). 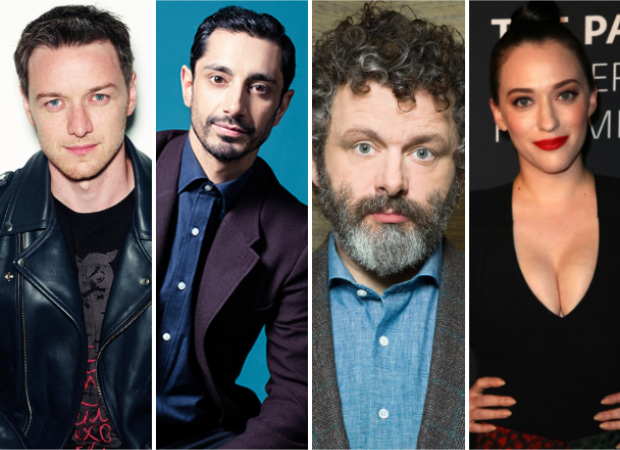 When an occultist attempts to capture the physical embodiment of Death (Dennings) in a bargain for eternal life, he instead mistakenly traps Death’s younger brother Dream (McAvoy), another of the seven god-like siblings known as The Endless who oversee aspects of human existence, including Desire (Bond) and Despair (Margolyes), Destiny, Destruction, and Delirium. After seventy years of imprisonment Dream finally escapes, embarking on a quest to reclaim his lost objects of power and rebuild his kingdom, the world of sleep and imagination called The Dreaming. So begins one of the most acclaimed and successful series of graphic novels ever written.

David Blum, Editor-in-Chief of Audible Originals, commented: “A truly exceptional cast of artists will be bringing this cultural phenomenon to life. We are honored to be working alongside Neil Gaiman and DC to create a truly immersive adaptation that we know fans and listeners will love.”

Gaiman’s long-time audio collaborator, multi-award winner Dirk Maggs, shares executive producer credit and also serves as the project’s scriptwriter and director. Maggs is best known for his landmark audio adaptations of Neil Gaiman’s Neverwhere, Stardust, Good Omens and Anansi Boys, as well as for the renowned Audible Originals Alien: River Of Pain and The X-Files and the celebrated DC audio productions The Trial of Superman, Batman: Knightfall, and Superman: To Doomsday & Beyond. In addition to the rich, cinematic soundscape that has become Maggs’ trademark, The Sandman also features an original score by Academy Award-winning composer and musician James Hannigan.

The Sandman is available for pre-order now and will premiere on July 15, 2020, in English, and will subsequently be released in French, German, Italian, and Castilian Spanish and Latin American Spanish editions.

Sooraj Pancholi QUITS Instagram, says, “I need to breathe”
Due to financial crunch, actor Ashiesh Roy says he might have to stop dialysis; needs urgent kidney ...
Pulkit Samrat signs two movie deal with a production house, first of which is Suswagatam Khushamadee...