They say you should never date a writer, because one way or another, you’ll be used as material—I guess this is Jeremy’s turn.

I love Jeremy. I love him in a way that is not entirely romantic or platonic. (And yes, before I divulge the inner workings of a years-long situationship, you’d better believe Jeremy’s name has been changed to protect his identity.)

I’m not really sure when I realized I loved Jeremy, or even how it happened. One day, I just knew. But I also knew that it was too late to do anything about it. By this time, it felt like Jeremy and I had gone too far down the wrong road, and turning back felt tedious. Plus, I’d been absent for a while, and Jeremy was in a committed relationship by the time I came back. We’d always had this way of coming together, drifting apart, then coming together again. I’m lying. Jeremy never drifted—I did. It’s one of the things I like about him: he was always there.

But the last time was different. When I came back, he was with someone else. I always counted on him to be steady, even when I am on an emotional rollercoaster fueled by trauma, fear, and selfishness. I counted on him to put up with me and to stay centered when I spiral out of emotional control. Jeremy was the sun and I was the moon, controlling the ebb and flow of this situation until there was no situation to control. It was all over. There was nothing left of it but regrets.

I met Jeremy some summers ago when things were hot and sticky and confusing. My world was a bit heavy, and I coped by drinking alcohol and kissing men who were no good for me. I called it “fun,” but really, it was stress. In the midst of that, I met him. He was quiet and kind of sweet. Not at all as brash or in any way a “bad boy” like I was used to. It took me too long to figure out if I liked him. I was at an impasse, so I turned our dating into a friends with benefits (FWB) situation because it was easier and seemed a lot less complicated.

We made a home out of casual sex that was anything but casual, and spent the next few years sharing secrets, fears, and an intimacy I still can’t figure out. Every time things got too hard or we got too close, I’d dip out without notice. There have been times during this saga where I have impolitely excused myself for days, weeks, or months at a time. And each time I came texting or knocking, calling or DMing—there was Jeremy, willing and ready to accept me without question or accusation. Typing this out, I can honestly admit there have been several “Jeremys.” I have been a terrible lover to some people. Fortunately, I’ve grown since then; unfortunately, my growing pains have hurt more than me. I’ve missed a few love connections. The love was there, but the willingness was not, because trauma, because fear, because control issues, because timing. Just because. We were just two people who were not vulnerable, honest, and self-aware. Here’s how it all went wrong:

In the very beginning of our relationship, there were no sparks. No butterflies. There were just a boy and a girl doing regular things like eating lunch and going to the movies. For some reason, I used to think that instant chemistry was a sure indicator of compatibility. I’ve learned a thing or two since then. I didn’t give Jeremy a chance because I was not particularly enamored from the very beginning. I now know to test the connection and build the foundation—brick by brick, layer by layer. Any house thrown up fast won’t stand. Don’t quote me, but I think that’s biblical. Had I been who I am now, I would’ve given this thing a little more time, attention, and room to grow.

I was a poor communicator

I failed to communicate properly—or sometimes, to communicate at all. When I was uncomfortable with my own feelings, I failed to address them with myself, let alone him. Instead of communicating clearly and effectively, I’d just ghost. Ghosting is such a cowardly move because it leaves people wondering and trying to figure out what happened. It isn’t fair. Now, regardless of how insignificant the relationship may be, I try my best to communicate my intentions, needs, and feelings. My experiences with half-spoken love have taught me to speak my truth—even when my voice trembles.

I didn’t behave as if I had any agency or power in the situation.

I figured that if Jeremy wanted this situation to be any more than what it was, he would move it forward. I prefer when men take the initiative, so I unintentionally made it Jeremy’s responsibility to chart the course of our relationship. I didn’t take into consideration Jeremy’s personality or the actions he showed me. Jeremy was patient, present, and showed me he had feelings for me beyond a bedroom tango, but I didn’t recognize it as such. I allowed him to control the narrative instead of stopping and saying what I wanted or what I needed. Recently, Jeremy told me he never took it further because he assumed that all I wanted was what we were doing at the time. After all, I was the moon, right? I just didn’t act like it.

I honestly believe that if these things had been different, then Jeremy and I would have been too. We’ve been able to talk about what happened versus what could have been. We’ve discussed the ways we’ve grown and the things we could have done better. Personally, I’m speaking my truth more and opening myself in ways I hadn’t before. I don’t want another Jeremy, so I’m dating with an open heart. I have regrets, but I won’t have any repeats. If you have a Jeremy, tell him how you feel. Love people correctly the first time.

Because of our vulnerability, Jeremy and I have been able to connect on a deeper, emotional level. It’s been good, but if you’ve read all this way expecting me to tell you that Jeremy and I are together, happy, and thinking about getting a dog, I’m sorry to disappoint you. There is no fairy tale “happily every after” waiting for you at the end of this piece. There is no prince. No knight. No white horse. There is just me—healed, happy, and whole. As for Jeremy, we’re better friends to each other than we have been in years past. That is enough. 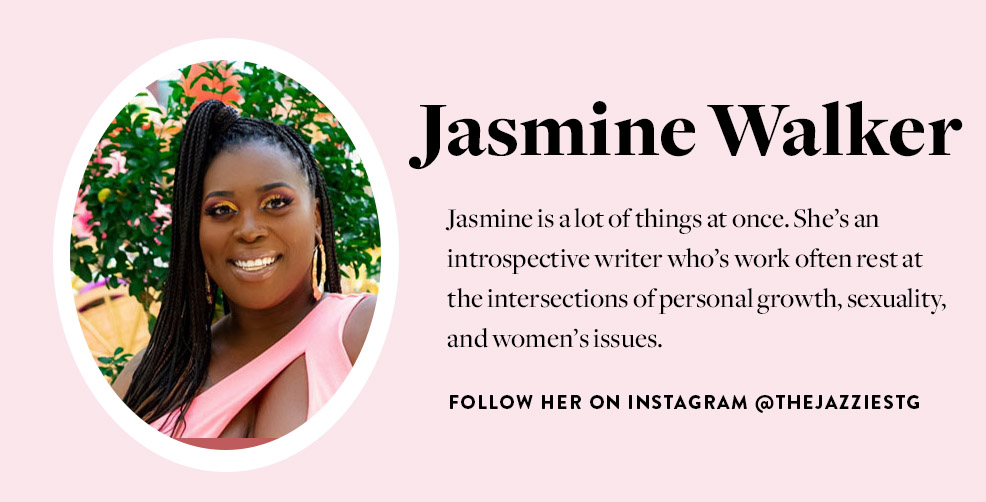 The post I Realized I Loved My Friend-With-Benefits a Little Too Late appeared first on The Everygirl.