Innovations are an eclectic mix of a new technology, an old problem, and a big idea. One such recent innovation is being introduced by an entertainment industry start up, “FilMe” which enables filmmakers to take their content to the currently inaccessible audience. It is a completely new set of rights for film makers to monetize and doesn’t overlap with prevailing distribution rights like Digital, satellite, AVOD, SVOD or TVOD rights. FilMe has acquired rights of recently released films Angrezi Medium, Love Aaj Kal, and Bala among others. 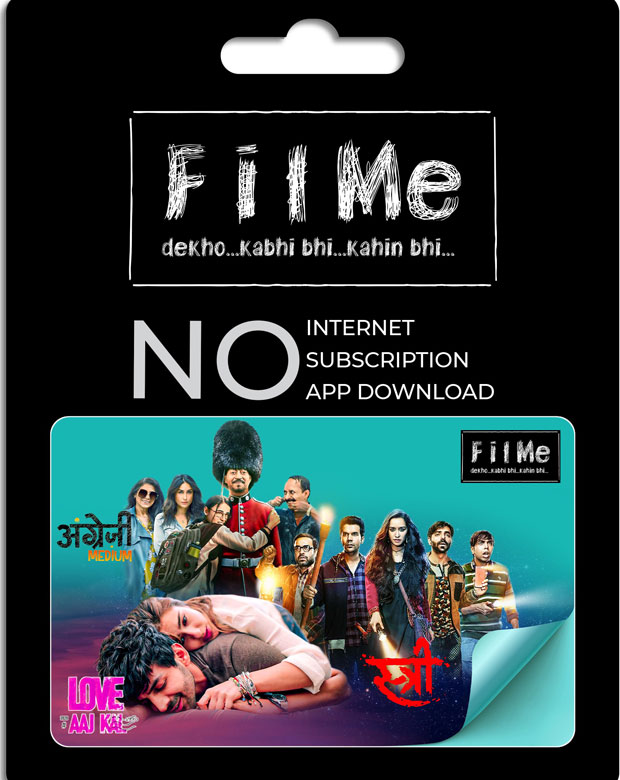 FilMe which comes in the form of a business card sized form factor is an innovative film distribution platform which delivers content directly on mobile phones. FilMe is an Australia born global company with a patented technology to deliver content on mobile phones using a physical card through a QR code. To deliver content in offline mode, films are embedded on a microchip on the FilMe card and can be viewed on a mobile phone. FilMe is also building an online offering mode, which will be rolled out at a later stage.

To consume content on FilMe one does not need internet, any App download or any subscription. Using this technology 3 films will be made available to consumers for as little as Rs. 49 only.  The initial roll out of its Offline Offering will include recently released films like Angrezi Medium, Love Aaj Kal, Bala, Stree, Made In China and Social Media Murder Society. FilMe to rollout its operations in the market at the end of present lockdown phase.

Talking about the innovation and his new platform Dr. Abhishek Shukla, Founder of FilMe says, “We have developed this technology keeping the end consumer in mind. There is no learning curve and is immediately ready to use. It’s for consumers who would prefer personal entertainment without the burden of paying for multiple subscriptions of various OTT platforms. Our target is to bridge the gap of present reach and affordability without affecting any platform’s present operations in any way. The offline mode can actually be called as “DVD for smart phones” as it is a physical form of distribution of films. For the producers and studios, we are confident of delivering additional revenues for their content”.

FilMe plans to have a pan India distribution set up to sell the FilMe retail cards and will be available through mobile retail stores, electronic superstores like Reliance Digital, Cafes, Stationary stores, booths at shopping centers, train & metro stations and departmental stores.