THIS IS HUGE! More than a week after releasing their fourth Japanese album, ‘Map Of The Soul: 7 – The Journey’, BTS is set to drop a new single on August 21, 2020. The news was announced through a live broadcast where all members in attendance. 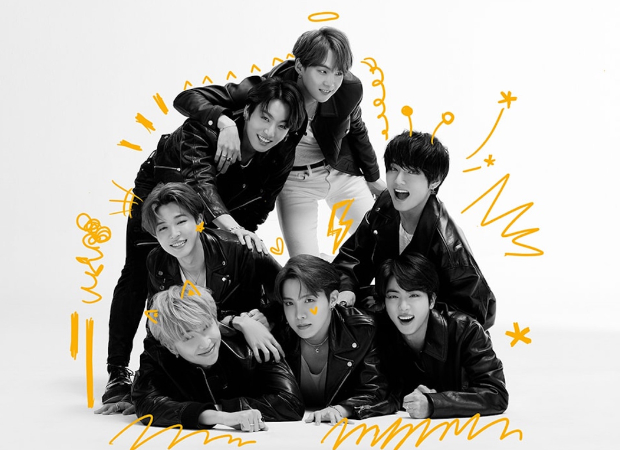 It is post-midnight in South Korea already but that didn’t stop the super popular group to drop a huge announcement like this one. During a live broadcast that was hosted by members Jin, Jimin, and Jungkook, they started the session with fun segments and slowly invited other members J-Hope, RM, Suga, and V. In their live session, they talked about releasing their album in the later part of the year which they began prepping for a few months ago. Since they really are already enjoying working on it, they decided to release the new song that they are very confident about. Interestingly, this will be an English song as a group. J-Hope mentioned that they really loved the vibe and the melody was impressive. V further said that the guide was provided in English and they liked it so much that they decided to go ahead and record it in English.

Since they were feeling a little low during the COVID-19 situation, they are hopeful that the upcoming song will cheer up the fans with positivity. As everyone is going through these trying times together, they hope this will provide energy and comfort in some way. While they are still working on the album, they aren’t sure whether the new single will be included in it.

The septet also revealed that they are already shot the jacket photos. As one may know, all the members are participating in the album since they announced it a few months ago, everyone is making sure to diligently release the best work.

They have earlier participated in English songs that have been collaborations ‘Waste It On Me’ (Steve Aoki), ‘Seoul Town Road’ (Lil Nas X), ‘Sweet Night’ (Itaewon Class OST) and ‘Who’ (Lauv).

Big Hit Entertainment, on July 26, took to the digital platform Weverse to confirm the announcement. The official statement read: “Hello. This is Big Hit Entertainment. On August 21, 2020, the new digital single by BTS will be released on Korean and international music streaming sites. We would like to thank all ARMY for your continued affection for BTS, and we ask for your love and support for the new digital single soon to be unveiled. Please stay tuned for additional details to be announced through Weverse. Release date: August 21 (Friday), 2020 (KST) Thank you.”

Meanwhile, BTS has been promoting their Japanese album ‘Map Of The Soul: 7 – The Journey’ which released on July 15. In February 20202, they released a full-length studio album ‘Map Of The Soul: 7’ which is still one of the biggest albums of the year.  This was followed by the group’s member Suga dropped his second mixtape ‘D-2’ with ‘Daechwita’ as the title track in May.

Earlier this year, the group’s members had their solo work released including RM’s collab (‘Winter Flower’) with Korean artist Younha on her album, Suga’s collabs with Halsey (‘Suga’s Interlude’) and IU (‘Eight’), and V’s OST ‘Sweet Night’ for Korean drama Itaewon Class in March. Jungkook released his solo track ‘Still With You’ in June during BTS FESTA 2020. Suga is set to drop another collab with singer MAX on his album ‘Colour Vision’.

So, the real question here is – HOW EXCITED ARE THE ARMYS? IS EVERYONE READY FOR 12 AM KST FEAR? Stay tuned for more updates.

Staff at dubbing studio visited by Abhishek Bachchan test negative for COVID-19
REVEALED: These films are expected to be announced for direct release on Netflix on July 16!
Arjun Kapoor and Rakul Preet Singh’s Sardar & Grandson to opt for release on Netflix in January ...