A week after a new single announcement, the worldwide popular group BTS has revealed the track is named ‘DYNAMITE’. A countdown kick-started on July 29 as they have already begun to gear up for their first English single as a group. On the second countdown date which is August 3 in KST (August 2 in IST), the group revealed the name of the highly anticipated track. The profile pictures of their social media accounts have also been changed. 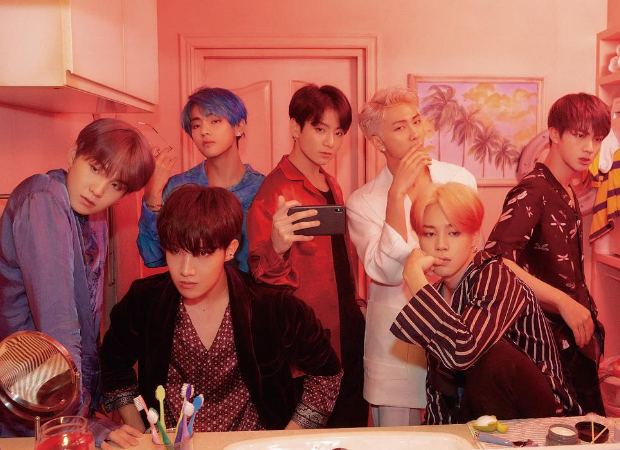 During a live broadcast only July 28 post-midnight in South Korea, the members’ Jin, Jimin, and Jungkook hosted a session with their members J-Hope, RM, Suga, and V where they made the announcement. Following this, the parent Big Hit Entertainment company took to the digital platform Weverse to confirm the announcement. The official statement read: “Hello. This is Big Hit Entertainment. On August 21, 2020, the new digital single by BTS will be released on Korean and international music streaming sites. We would like to thank all ARMY for your continued affection for BTS, and we ask for your love and support for the new digital single soon to be unveiled. Please stay tuned for additional details to be announced through Weverse. Release date: August 21 (Friday), 2020 (KST) Thank you.”

BTS is prepping for their upcoming album. They have already filmed jacket photos and are diligently working on music. While this single ‘DYNAMITE’ is releasing on August 21, the septet did mention in their live broadcast earlier that they weren’t sure whether it would be included in their album or not. We will just have to wait and see.

Meanwhile, Suga is set to drop another collab with singer MAX on his album ‘Colour Vision’ after the latter featured on his mixtape. The septet will also be part of a reality show called ‘IN THE SOOP’ that is set to premiere on August 20, 2020, as they spend time in the forest surrounded by the river.

ALSO READ: BTS to premiere outdoor reality show In The Soop on August 20