Just yesterday, Bollywood Hungama exclusively reported how Ali Abbas Zafar’s maiden production, Khaali Peeli has opted for a direct-to-digital release, and is gearing up for a premiere on Zee 5. We have now learnt that Coolie No. 1, which was initially gearing up for a theatrical release, too has now gone ahead with a direct to digital release, as the rights have been sold to Amazon Prime Video. That’s not all, the makers have zeroed in on the release date too. The Varun Dhawan – Sara Ali Khan entertainer will hit the digital world on the auspicious occasion of Diwali. 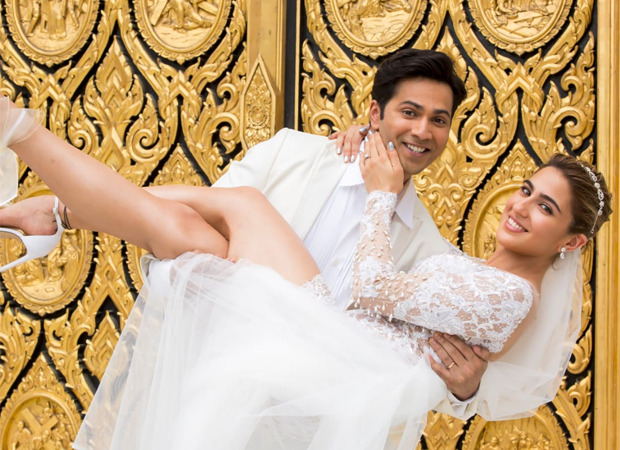 “The idea was to hold back for a theatrical release, but in current times, there is no clarity on reopening of cinema halls, and hence, they took the tough call of opting for a direct to digital release. The team feels that Diwali is the ideal time to get the family audiences glued onto their television and laptop screens to collectively enjoy the comic caper,” a source told Bollywood Hungama, adding that had the cinema halls opened by now, the team would have held back for a January 1 release.

The source also added that the film, produced by Vashu Bhagnani, has fetched the third highest amount of all the films that are going direct to digital way. “After Laxmmi Bomb and Bhuj, it’s Coolie No. 1 that has fetched the maximum money, reconsolidating Varun Dhawan’s star power and the film’s anticipation among the audience. It’s a shocking decision, but the team was left with no other option as the future of cinema halls looks bleak at the moment,” the source said.

While the team is confident of entertaining the audience, this isn’t really a good news for exhibitors across India. “There lies little chance for any film to release in cinema halls this year as none of them will open to full capacity, thereby making the theatrical release a loss making preposition. The Coolie No. 1 team has taken a wise decision to avoid an additional burden on the budget.”

Also Read: Varun Dhawan shares a revamped version of his Coolie No. 1 poster